A new value for environmental economics to shape a sustainable society

Benoit Lascols, Managing Director of Externality Accounting, examines how value can be redefined to shape a coherent and practical sustainable economy

Two centuries of economics have explored and tested all the social nuances, which are found in the form of various and varied policies. This palette was the only response to a science, economics, built on two dogmas, freedom and equality, constrained by unknown or ignored limits. Faced with the challenge of climate change and the biodiversity crisis, the nuances are disappearing, and the lines are becoming clearer. Physical limits set in, making choices binary and replacing colorful politics, from communism to neoliberalism, with less democratic obligations. How to translate these constraints into social models built on humanist values? How to develop a sustainable economy?

Should the economy recover or should it evolve?

The economy explains the exchanges that it evaluates from a notion of value. Value is central and sets the framework in which individuals agree to exchange and collaborate through a tool: the market. Nevertheless, in a market, the consent of two individuals (a seller and a buyer) is not always the same as that of their neighbours, and even less that of future generations.

These consensus problems, grouped under the term externalities, have been the subject of numerous studies which all have one thing in common: they attempt to integrate these externalities into the neoclassical model, whether in the form of a tax (AC Pigou), negotiations (R. Coase) or organizations (E. Ostrom). However, these theories have practical limitations, making their implementation marginal to the vast and complex problems we face.

The whole issue of an environmental and sustainable economy is: how to correctly assess natural and social resources without impacting the capacity of future generations?

How to integrate these constraints?

A new value is needed: at least to give a measure to the sustainable economy and perhaps to raise awareness and change our social models. The value given by the markets is too far from a sustainable value to replace it. For example, the value of biodiversity is the result of an evolutionary process and natural selection, balancing itself after hundreds of thousands of years, and does not appear in any balance sheet.

Another example, the value of the natural process producing oil in a few million years does not appear on any invoice. We are at a bifurcation point in the economy with three possible choices. The first is a revolution and a social upheaval: a substitution of value (replacement of market value by a durable value) would be technically complex, economically risky and socially explosive. On the other hand, doing nothing (the second option, “business as usual”), leads us to the collapse predicted by “The limit of growth”. 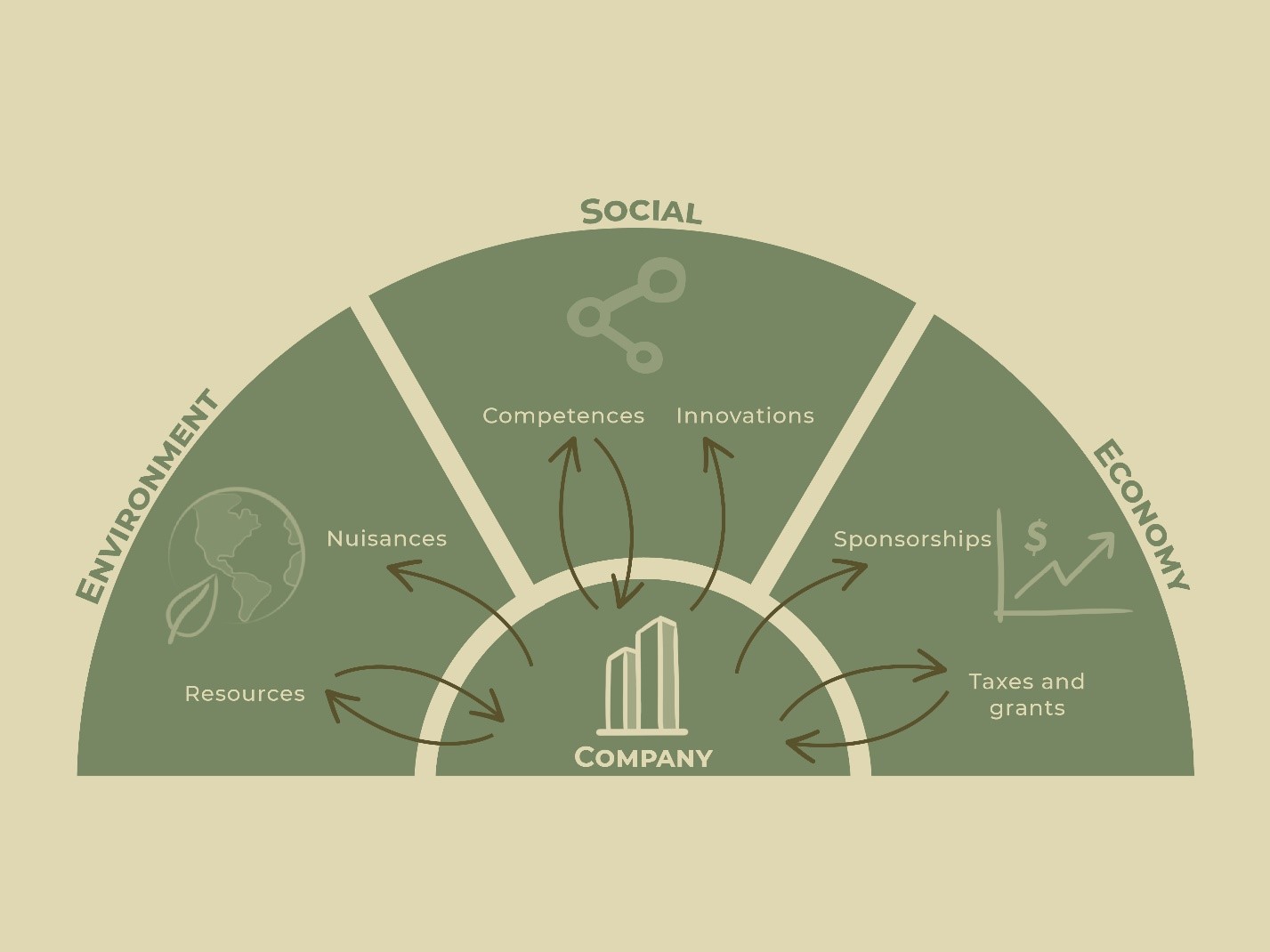 Before proposing a third alternative, two observations are in order.

We must be inspired by the physical sciences and their timeless and conservative laws. Progress in the physical sciences has been made thanks to the invention of new metrics: energy is an example of a quantitative measure, it is often associated with entropy, which is a qualitative metric. These serve as the basis for thermodynamics, the science of systems constrained by conservative values. It presents many analogies with the environmental and sustainable economy that is developing: physical constraint on the law of conservation, entropic outlet. It also governs many complex systems and explains chemical or biological processes.

Second, this new measure must be freed from the social heritage of the Enlightenment, equality and freedom, which by the nuances they bring, prevent any large-scale adoption. The object of a new value is not how wealth should be distributed, but how much effort is needed to maintain a resource potential. This assertion, which goes against the current of social ecology, makes it possible to justify the need for a new measure, to separate politics and local issues from a global problem of the exploitation of resources in a globalized economy. Identify the problem before proposing a solution.

“The whole challenge of an environmental and sustainable economy is: how to correctly assess natural and social resources without impacting the capacity of future generations?

The solution therefore consists in comparing a market value to the efforts necessary to maintain the resource, absent from the value defined by the marginalized. By extension, the notion of exteriority is thus rediscovered in a different form. The transition from macroeconomics to microeconomics is done naturally by consolidating information in a new financial statement, the balance sheet of externalities. This statement presents the debt, or the contribution, of an activity to its environment. The accounting principles applied are the same; the only difference from traditional accounting is the transaction. An irreducible atomic unit, the transaction is no longer modeled by the good or service exchanged, but by the value necessary to maintain the potential of the resource in order to guarantee the same capacity for future generations.

What would the economy look like if it was fully circularized for natural and social resources?

The method requires simulating what the economy would be like if completely circularized for natural and social resources. It incorporates a series of fictitious costs such as recycling, substitution with renewable resources or the impact of tax evasion. Economic simulations are to be taken with caution, but this would allow, at a given time and taking into account the information available, to rank the investment options. They also highlight the adjustments needed to achieve a healthier economy. This tool has a theoretical basis in environmental economics and responds to the problem of ESG heterogeneity, which has led to greenwashing.

from the editor Recommended Articles

Technology has permeated every element of business for decades, either incrementally or what seems like overnight. In all cases, these changes were iterations of existing systems and were designed to adapt ways of doing things. Post-pandemic life, however, brings about a change that not only improves, but fundamentally reinvents the tools and technologies available to […]

COVID-19: How the pandemic has changed society

Since March 2020, supply chain disruptions have been a huge pain point for Americans and others around the world. Whether it’s an out-of-stock crib, not seeing a familiar product on the grocery store shelves, or hard-to-find gifts this holiday season, nearly everyone has been affected by supply chain issues as a by-product of the pandemic. […]