(RNS) – Rahel Daulay, a Methodist who had traveled from Indonesia, was explaining the proper way to dance while singing a hymn she had brought from Southeast Asia – bending her knees slightly “to humble herself ” and turning to his neighbors, palms joined to the chest. Then turn forward, raise your arms and hold your hands up.

For the approximately 300 members of the Hymn Society in the United States and Canada, who had not met in person for three years, it was a release.

“Let us worship our Creator,” they sang on Tuesday, July 19, the second day of their annual conference, as they swayed and danced at Catholic University’s Edward J. Pryzbyla Academic Center. The organization includes representatives from more than 50 denominations who speak up to six languages. Some had traveled up to 8,000 miles to attend.

Since COVID-19 struck, many scholars and musicians in attendance have been unable to sing even in their home churches as congregational singing has been stifled in many places of worship for fear of spreading the virus. .

Although the masking was enforced, the pandemic had lifted just enough this year for organizers to move forward with the 2022 in-person meeting, celebrating the company’s 100th anniversary.

“Over the past three years, it’s been so nice to see all of your faces on screen and be together that way, but there’s nothing like seeing your faces here and being together to sing,” executive director J. Michael McMahon said. in greeting on Monday.

Participants stand during a performance at the Centennial Celebration Hymn Festival. Photo courtesy of The Hymn Society/Glen Richardson

With the theme “Sing the World God Imagines”, the gathering demonstrated the powerful influence of hymns, not only on religious communities, but also on politics and society as a whole across the world, as the lectures addressed topics such as the ongoing effects of colonialism on the lyrics and tunes they choose to sing.

Awareness of the power of hymns has led to growing diversity in Christian hymnody, and members and guests gathered this week insisted that the trend will continue into the century to come.

“I have had the pleasure of watching this community grow to embrace and celebrate how the gospel can be preached, sung and prayed in many languages ​​and rhythms, calling for a range of gifts much like the church of the first century,” the conference said. preacher Cynthia A. Wilson, a United Methodist and leader of a new black church music institute at Garrett-Evangelical Theological Seminary.

“But as we enter this century, my friends, I promise we will not get through it without the boldness of protest, the power of prayer, and the power of the song of God.”

Monday’s opening worship included Wilson’s sermon and songs like “Let it Rise,” “God Is Here” and “Order my Steps.” For much of the rest of the meeting, attendees, including several dozen online, took turns leading and learning unfamiliar songs from many countries as well as familiar hymns with new beats and words.

On Wednesday, Mikako Ehara, church music manager for the Japan Baptist Convention, taught “God’s World,” the song featuring a Japanese folk melody based on a nursery rhyme that she likened to “The 12 Days of Christmas” – “where a line is added to each new verse” about creation as told in the Book of Genesis.

“Let’s all rejoice together,” the song began. “Wonderful, wonderful creation of God.”

In a pre-recorded video from Australia, Tanya Riches spoke about the musical evolution of Hillsong, whose music ministry has provided a thick songbook for evangelical Christian churches around the world. 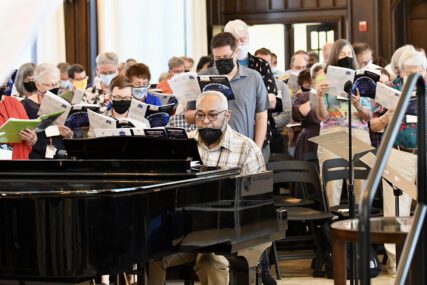 Riches, a senior lecturer at Hillsong’s College in Sydney, noted that Hillsong was once best known for Darlene Zschech’s 1993 “Shout to the Lord”. resigned earlier this year, told conference attendees in the United States that the time for song was over. “The timing of this song is no longer relevant to the work of the congregation in the Spirit,” Riches explained.

The Reverend Mikie Roberts, Program Manager for Spiritual Life and Faith and Order at the World Council of Churches, described in a subsequent plenary session how his home country of Antigua and Barbuda achieved its independence in 1981, in part through the use of patriotic hymns that reaches people through their churches. To reach as many people as possible, the tunes excluded the familiar syncopation of local Calypso music.

“Patriotic and national songs had to be simple, yet direct, so they could be promoted in schools, broadcast on the airwaves and sung every day, including Sundays,” said Roberts, a Moravian pastor.

An international panel of speakers explored the origins of hymnody in parts of the world where songs brought by Western missionaries are revered even more than other church music, including songs from local cultures.

C. Michael Hawn, an Iowa native who has long advocated for the inclusion of world music in American congregational worship services, said that despite concerns about the dominance of Western music, some people in around the world have truly appropriated traditional Western hymns. 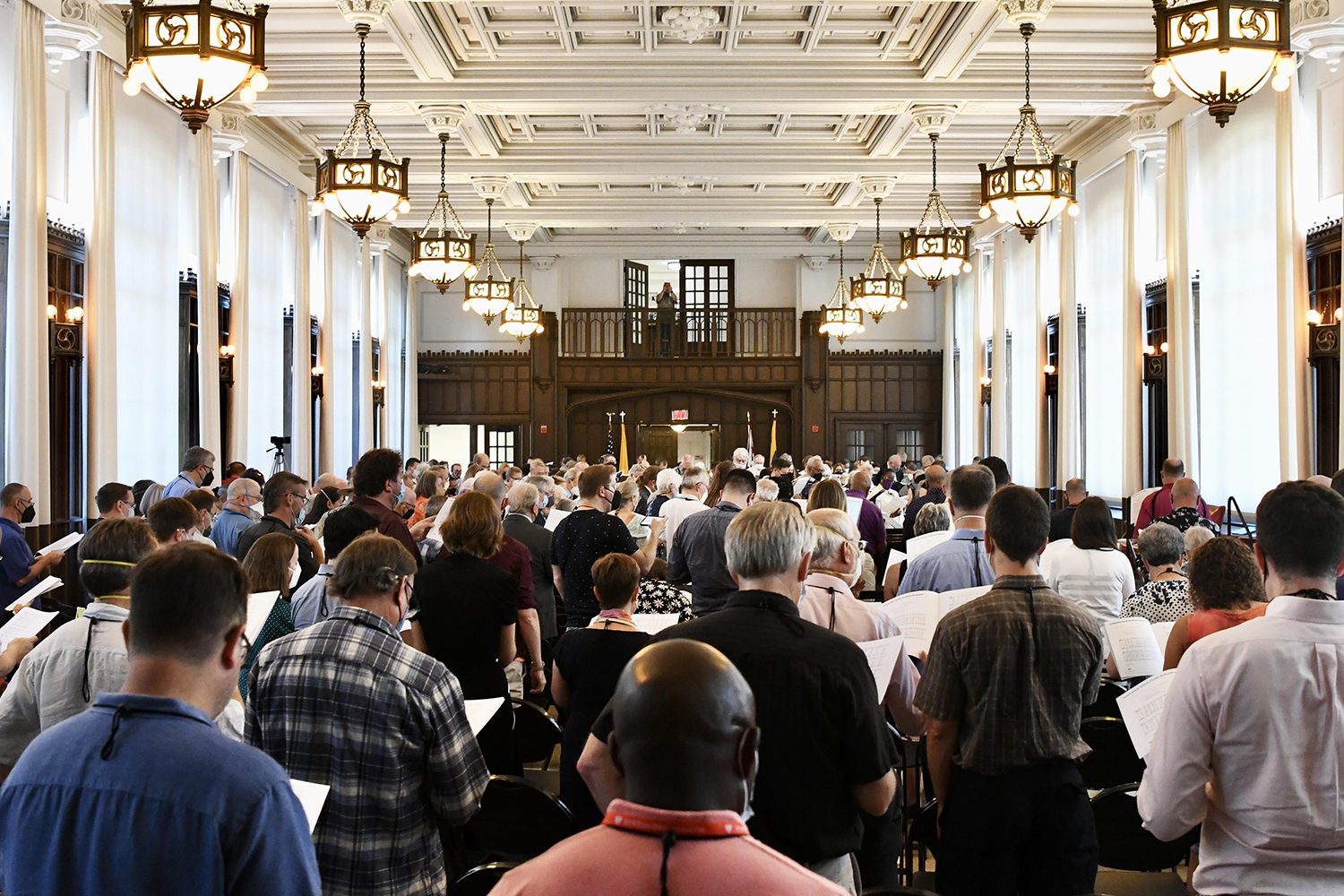 “I’ve developed a bit more awareness and sympathy for ‘What a Friend We Have in Jesus’ being sung in Yoruba – or not just in the language, but in a style that reflects that they’ve Africanized it,” said said Hawn, professor. Emeritus of Church Music at the Perkins School of Theology at Southern Methodist University.

“And so it’s not just a transplant; it’s a reconstruction, a certain form of hybridity.

Within three years of the Hymn Society’s first meeting in 1922, the Baptist Standard Hymnal and Book of American Negro Spirituals were published. But in the 1980s and 1990s, Hawn said, there was a greater awareness of being inclusive, and hymns began to include more global music. People have developed more intentionality about “sounds that occur in sacred space”.

Accordingly, the conference’s closing festival on Thursday, at the Christian Church in National City, mixed the church organ with the djembe, a West African drum, as well as vocals and brass and the music by various composers.

“And now, as we prepare to move forward, may the Spirit of God breathe among us to produce new songs,” McMahon said as he closed the meeting, “songs of faith, songs of healing , songs of transformation, songs of peace, songs of a remade world.

FLORENCE – On June 11, 19 educators, writers, artists and activists came together with members of the community for a day-long conference to talk about the intersection between education, art, race and society . The Power of Truths conference was a collaboration between the Northampton Arts Council and Self-Evident Education, an organization which, as stated […]