Anomie, in sociology, refers to a breakdown of fundamental social values. People feel a sense of hopelessness and meaninglessness, becoming apathetic or even self-destructive in their individual lives. Once anomie spreads, broader social issues are expected to follow, as people lose respect for common norms and mutual accountability. Synnomy, on the other hand, refers to an integrated set of values ​​that supports meaningful living and a harmonious society. Anomie is the better known of the two terms – not necessarily because breaking up is more common than integration. It is suspected that this is due to sociology’s tendency to seek out and try to solve problems.

What, then, should we call the situation in the Philippines? Failure to respect basic human rights principles, and even facts, suggests a context of anomie. However, I argue that what we are seeing is not a collapse of values, but rather the clash of values. It’s not so much that Filipinos don’t have a moral code, but that there are too many of them and we haven’t figured out how to reconcile them. This situation is exacerbated by a lack of critical self-reflection, in favor of a superficial and sentimental form of nationalism that idealizes so-called Filipino values. We don’t give ourselves enough space to consider the implications of our standards and determine what to do when they conflict with each other.

Consider the following hypothetical situation. A business tycoon hires a young man because he sees his potential, despite the latter’s limited work experience. The young man thrives on his job, eventually starting his own business and grooming his own children for a good future. His daughter becomes a customs officer. One day, the tycoon, whose business keeps growing, comes to his office, asking him to look the other way when he fails to pay import taxes on the machines. He makes some subtle references to the old days, when he first hired his father, and laid the foundation for his family’s current prosperity. Understanding the situation, she feels she has no choice but to do what he wants. He sends her a Tiffany bracelet for her upcoming birthday – a diamond-studded shackle symbolizing her family’s continued debt to him.

The customs officer clearly broke the law. Legally speaking, she should have refused the offer and then reported her father’s former employer to the authorities. But from another point of view, she respected the unwritten rules of utang na loob, aggravated by the injunction to respect one’s elders. Given the weakness of our bureaucratic institutions in law enforcement, we can rely more on the prospect of being punished for our social rather than legal transgressions. There would be all sorts of informal but very effective ways to penalize her, should she decide to bring the tycoon to justice. She would likely be seen as dangerous and problematic, especially if her colleagues regularly engage in bribes and shady deals. Ironically, she could even be accused of tarnishing her family’s honor by reneging on the debt of gratitude she inherited from her father. And the tycoon would probably be always on foot, free to smuggle another day.

Specialists in the concepts of honor and shame would call this story a clash between the primary honor code (social norms) and the secondary honor code (law), resulting from a massive disconnect between the two. Beyond the technical dialogue, it can be said that Philippine society as a whole suffers from a clash of values, even when there are no official written regulations involved. For example, our parents, GMRC teachers and religious leaders teach us not to lie. However, our families and peer circles can push us to twist the truth in order to respect seniority and avoid confrontation. We officially celebrate our national unity and our global sense of bayanihanbut in everyday life, we are expected to give (ahem) special attention to people in our area, religious congregation, fellowship/sorority, [insert in-group here]. In extreme cases, this results in outright abuse and oppression of people seen as outsiders.

These problems do not stem from Filipino values ​​themselves, but from the way we use and abuse them. Sometimes this takes the form of a conscious distortion of values ​​for personal gain, such as when someone renders service in order to be able to invoke utang na loob later. But in many cases, the distortion of values ​​is rooted in a lack of critical thinking. To imitate the bad example of others is all too easy. Here’s another hypothetical example: a group of employees might bond with their devout Catholicism – while forgetting to find ways to befriend their Muslim colleague. The other workers spot him sitting alone at lunchtime day after day, but since no one takes the initiative to invite him to eat with them, the situation never changes. He quits after months of feeling ignored and left out. No one really tried to rule it out, but it happened anyway, due to a lack of critical thinking about what it means to be. maka-Diyos. Clearly, what we need is a fundamental re-examination of our values. What do they really mean? How can we guard against their abuse and misuse? What happens when values ​​collide?

These are very difficult questions. Too often, many of the proposed answers seem to imply that we should try to emulate other countries’ values ​​as much as possible, because Filipino values ​​don’t seem to work so well. We’ve tried some “modern” Western standards before, with mixed results. Does this mean that we will do better if we adopt the value system as a whole? At least we will have solved the question of the standards to follow.

However, I argue that many solutions can be found by really digging into what Filipino values ​​are and how we can make them work for us. It is a much more productive debate than trying to draw a hard line between ‘indigenous’ and ‘foreign’ values, or ‘primitive/traditional’ and ‘modern’ values. 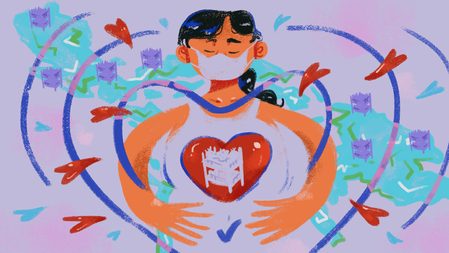 Same utang na loobat the heart of so much corruption and cronyism linked to patronage, can be rehabilitated when placed within appropriate boundaries. Utang na loob may rule in private, but must give way to public duty outside this sphere. Alternatively, public officials must learn that they must utang na loob first and foremost to the public, before patrons or even family members, as far as their official powers and public property are concerned. When this view is more widely adopted, whistleblowers should be able to count on their colleagues, bosses and personal circle to support them when they report abuses of utang na loob.

What about abuses of regionalism, religiosity, etc.? ? People who are proud of their identity or their beliefs may find it difficult to open their hearts to people from different backgrounds. They may have internalized the idea that judging and excluding is a form of loyalty to their identity. Tolerance and political correctness are propagated as solutions, especially among the younger generation. However, another way to promote respect for the Other – for minorities, for foreigners, for those with different religious or political beliefs – is to mix it with the less controversial Filipino value of hospitality. In a way, we are all guests on this earth, and no one has the right to alienate someone just because they are different. We can welcome the Other as we would welcome a long-awaited guest. In their most constructive form, Filipino values ​​can help us move beyond basic tolerance to being truly welcoming and celebrating diversity.

Filipino values, such as they are, can be problematic, but can also illuminate the way forward. We just have to be willing to discover the lantern and go deeper into our situation, even if we won’t always like what we find. Otherwise, the Philippines will remain stuck in the excruciatingly ironic position of a society that keeps hurting itself because there are too many conflicting ways to do the right thing. – Rappler.com

Jamina Vesta Jugo is a doctoral candidate in political science at the University of Goettingen, Lower Saxony. Brill is expected to release her book later this year. She would like to thank Professor Richard Landes for the insightful conversation that inspired this article.

Five ways to improve our society

Collins C. Ofurum Posted January 26, 2022 At the start of the year, a rolling stone A column written by a former Occupy Wall Street organizer, Jesse A. Myerson, listed and explained five economic reforms our generation should be fighting for today. His ideas included the desire to seize private property for public property. Perhaps […]

Society wants to be a bar for literally everyone

The latest hospitality business to open on the former site of Bar Mallozzi and Mum Cha is a bar with a ‘crowd-friendly’ food and drink menu with a primary aim of providing customers with a ‘good time’ . About a week before the Adelaide Fringe proliferates throughout the CBD, a new bar has launched at […]

AI is transforming society, but management remains hesitant – and for good reason

The trend: Progress in AI manufacture the technology omnipresent, particularly in the financial sector, but questions of ethics and reliability weigh heavily. Surveys reveal that C-level executives in several industries aren’t too eager to start using it themselves. AI is commonly used for lower level tactical decision making, but it is not a common practice […]